My next Fiction Writing—Getting Started class begins very soon at Langara College Continuing Studies—it starts on May 26th, 2011 and runs for eight glorious Thursday nights of workshopping, discussion of what makes fiction work, stimulating exercises in and out of class, and good clean fun all around.

Check out the course description online and don't forget to look at some of the other amazing courses in Continuing Studies Creative Writing--loads of good classes for all kinds of writers.

(Of course, not every class schedule works for every writer. That’s why I’m available for personal consultations, mentorship, and instruction in the long or the short term. I'm also hard at work putting together some NEW classes downtown later this summer--stay tuned!)

It’s so rewarding when you read a review that is complimentary, but, more importantly, is also an interesting and thoughtful perspective on your work. I liked this a lot—I mean, “mastery of sexualized prose”? Yow!

On January 26th, I was the honoured guest of the Vancouver Is Awesome Book Club held at the fabulous Waldorf Hotel. (If you haven’t checked out their website yet, you totally should. They’re doing great work.)

A cosy and enthusiastic group gathered for an event that was definitely a departure from a traditional reading—in fact, there was no reading! It was a casual discussion in the round about process and all manner of writerly and literary things. It was a hoot—I had two glasses of wine and ended up saying far more that I should have. But what else is new? Thanks to Lizzy and everyone who came out and made it such a fun night!

The next one is coming soon, and the book is The Beggar’s Garden, the brand-new collection of stories from Michael Christie. I can’t wait to read it—and then get my ass down to the next Book Club to drink more wine and hear all about it. 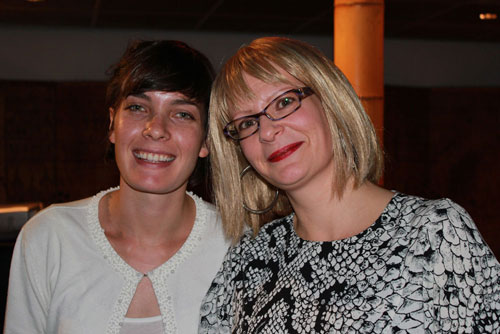 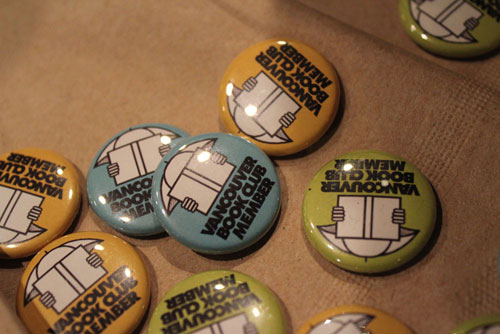 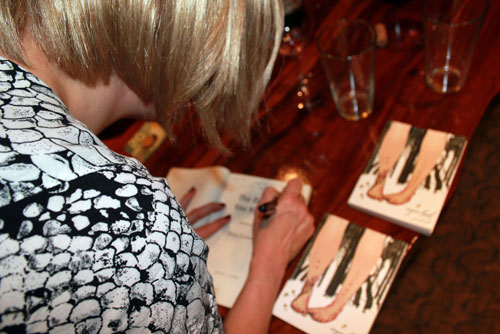 The Word is Raw

The people behind the 2010 Whistler Writers Festival recently asked their guest authors, "What is the word that explains your writing?" After mulling it over for a bit, here is how I responded.

I enjoyed all the responses actually. Looking at them on the page, they suggest the framework for an interesting sentence: Juxtaposition If Raw Discourse Loss Anxiousness. Sprinkle with verbs and soak in writerly introspection for an uncomfortably prolonged period...

I was fortunate enough to read at this amazing reading series earlier this year during the Olympics—it was so much fun, I think I went every week! And what wasn’t to love: great crowds, brisk book sales, and a relaxed, congenial atmosphere (the kind where people actually stood around and had a drink and talked afterwards). I know, right?!

So I’m double-delighted to be a part of it all over again, this time on Wednesday, November 17th. One of the things I love about this series is that it puts writers together from various genres, performance styles, and levels of experience. And it works out great. It’s like being at a big tasty buffet—there might be something there that you love, something that you don’t, and something you’d never heard of…but can’t wait to go back for seconds.

Here’s the part where I was going to say “c’mon down and eat your fill of great writers,” but that just sounds weird. But come anyway, because it’ll be awesome.

Ever Wanted to Flash (Fiction)?

If you’re looking for a fun way to explore the genre of flash fiction/prose poetry/postcard fiction, look no further. At my upcoming course at Langara College, you’ll explore this many-named genre, and in just four fun-filled weeks, you’ll have a tiny, polished, contest-ready piece of prose!

Find out more and get registration information here.

Busy, busy, busy—there’s been a lot going on the last few weeks. On October 16th, my family and I headed up to the Whistler Writer’s Festival. It was a beautiful weekend, and the drive up was wonderful, although I had to put my faith in my car-sickness wristbands to keep me on an even keel.

Once there, we settled down at the elegant Aava Hotel, where the bulk of the Festival took place. My first order of duty was the panel discussion on e-books, at which my daughter’s latest book report subject (the rather hefty Drood) was my key prop in my argument for keeping the book as a lovely, papery tactile object. The discussion was most interesting, and I’m happy to report that it never got so boring as to turn to money. I also attended a panel hosted by Lisa Richardson, who gave us all ideas and inspiration for using social media to our advantage. Look at me, Lisa—I’m blogging! Are you proud of me? How ‘bout now?

During the dinner break, we gathered at Pasta Lupino in the village. Yum. After dinner we all headed to the Squamish Lil'wat Cultural Centre for the evening’s readings, where I was among the 10 readers/performers. Amazing talents on the stage from start to finish. Which is good, because after a huge plate of spaghetti and a glass of wine, listening to anything other than top-notch readers might have resulted in a wee nap.

The evening ended with the writers hunkered down at Fitzsimmons Pub. Cheap pints (it’s off season in Whistler!) kept some of us there until closing time… Special thanks to event host Stephen Vogler and his lovely wife Peggy for helping me and my new pal Russell Wangersky find our way back to the hotel and not get eaten by bears.

Next up is the Vancouver International Writers and Readers Festival. I was expecting to be an interested observer there, but it turned out I got an invite to read! So I’ll be doing my thing at The Afternoon Tea this Sunday. Check out that lineup—I am playing with the big kids at this incredible event! I hope some of you can make it (ticket details are on the VIWF website), as it’s sure to be a face-melter. So many neat readings—if you don’t check out at least one or two, then we’re totally breaking up.

To kick off the festival, I attended the Literati Gala at the Four Seasons on October 18. I talked to a lot of super-nice people who support the festival (thankyouthankyouthankyou) and drank my share of the reception’s signature cocktail—Singapore Slings—double fisting them at one point, so keen were the wait staff. Shouts to Samid, the charming server who bought my book! Afterwards, a few of us broke in the hospitality suite on Granville Island. We came up with some good ideas to take to Dragon’s Den. Artistic Director Hal Wake might have missed his calling as an inventor…but I can’t say more, for fear he’ll ban me.

“There’s a rainbow in Toronto, where the Maritimers (and West-coasters) are bold…”

Greetings, Toronto friends! This is just to put you on notice that I’m heading to your great city for the Central Canadian launch of The Devil You Know. Now that TIFF is over, I figured they’d have a red carpet or two going spare…

You can visit the Facebook event page here and RSVP, but the particulars appear below anyway.

I’ll be reading and signing books (my own book, with any luck) and generally launching the hell out of Devil.

Also reading will be Jessica Westhead, author of Pulpy & Midge. Please come; I’ve love to see you. It should be a blast!

An amazing review in the Georgia Straight for The Devil You Know! The link is here, but it’s also below.

The title story in Devil centres on Cynthia, a teenager we meet at a debauched house party. Like many of the book’s characters, Cynthia likes to drink, swear, and fuck, and she does it all underage. But for all her wild behaviour, she’s no victim. Cynthia tires of her drug-dealing older beau, leading to a breakup where, instead of begging for her love, her boyfriend asks for “one last blowjob”. Cynthia denies him and walks off, expressing her ambivalence with words that are particularly evocative in their teenage inarticulateness: “I feel kind of sick, but also very tall. It’s weird.” For the women in this book, it’s a recurring sentiment when it comes to their relationships with men (and other women, too).

The least developed characters in Devil are all male. They’re mostly incidental to the plot, so this isn’t much of a problem—the only story told from a male perspective is “Pen Pal”, a twisted confessional where an anonymous man fetishizes a convicted killer unmistakably modelled on Kelly Ellard. There’s a disturbing satisfaction for the reader when the creepy protagonist ultimately envisions the Ellard clone asphyxiating him in a prison trailer.

Throughout the book, Farrell excels at capturing uncomfortable realities and mixed feelings; for this reason, most of her characters feel real. In “Grimsby Girls”, a series of short interview-style excerpts about how girls lost their virginity, mostly in totally underwhelming or awful ways, the narrator pointedly answers the question critics might have about how much of this is really fiction: “What if I had made some of them up? Would you be able to tell the difference? Would it matter?”

Probably not. What Farrell has created here will ring true for any girl who’s ever faked an orgasm or thrown up at a house party and continued on with life, undeterred—which is probably more of them than you’d think.

Course summaries are below, but for more information, check out the Langara Continuing Studies website

Explore how everyday events can be transformed into gripping fiction. Through a range of exercises you will learn how to turn ideas into full-blown stories. Topics include writing from life, developing characters, exploring different points of view, creating dialogue, and plot lines. Students will complete a series of short scenes or a story draft.

Explore your voice in this genre-bending course open to all writers! The popular short-short story, also known as "flash fiction", condenses narrative to its very essence in only one to four pages. Prose poems are even shorter, and equally addictive, often surreal or subversive, and they make unexpected leaps. In this class, we consider each genre separately and discuss the ways in which they overlap. We write our own prose poems, short-short stories and learn techniques such as dialogue, plot, imagery and lyricism. The ultimate goal is to enter a piece of flash fiction or a prose poem in a national contest.